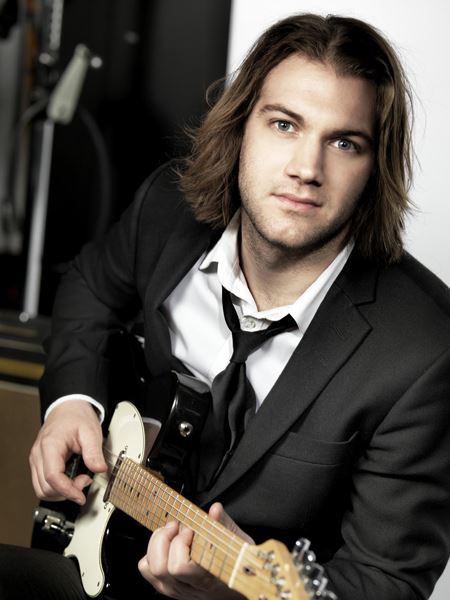 Simon Andersson is an award winning artist, musician and a songwriter. His voice has the ability to capture any listener and when on stage, there’s no doubt he’s a naturally gifted entertainer. In 2012 he became the first non-american ever to win "best country song of the year" at the HMM Awards in Hollywood. Simon's music has been compared with everything from Phil Vassar to Easton Corbin and you get the best of country, rock and pop.

Jan woods - a Nashville radio promoter with more than 20 years in the music business - says "Simon Andersson is a triple threat!" Meaning he's great looking, an amazing songwriter and an fantastic artist. She also said after watching Simon perform: "This kid truly has what it takes to become one of the biggest artist on the market today!"

Simon is a masterful guitarist and vocalist. But even so, he plays more than just one instrument. As a kid he started out playing drums at just three years old and had his first teacher when he was five. Later he picked up the piano but realizing that he wanted to be in the center of the stage, he started playing guitar more and more.

After several years of being part of different bands, Simon decided to go his own way. And less than two years after launching his solo career in 2011 he walked of the Hollywood stage as the first non-american winner in the country category ever at Hollywood Music in Media Award. This gave Simon great confidence and insight that he was on the right path to success, even though the road up till that point was everything but straight.

Six months later Nashville saw this kid perform on one of it's most legendary stages - Tootsies. On stage with Simon was the musicians of Taylor Swift and Tim McGraw's band, which later gave Simon the chance to record in one of Nashville's most legendary studios - Ocean Way. In just two weeks, Simon did more than most artists hope to achieve in months or years. Just adding to the fact that Simon truly is something special.

Simon's first album A Brand New Day - an album he produced himself - is a clear result of Simon’s wide array of musical influences. Country came in to Simon's life when he was around twenty years old and though it was a perfect merge with his songwriting, you can clearly hear both rock and pop being a part of his music.

Country Music News International’s review of the album emphasize his unique style and how his voice fits perfectly well to his music. Further they stress how the melodies appeal to the listener instantly and by the second chorus you have no option but to sing-a-long. This also has another effect, Simon’s music is appreciated by all ages of fans. His first album earned him a two-time nomination in Hollywood for ”best country song of the year”, which shows how strong his album A Brand New Day is musically.